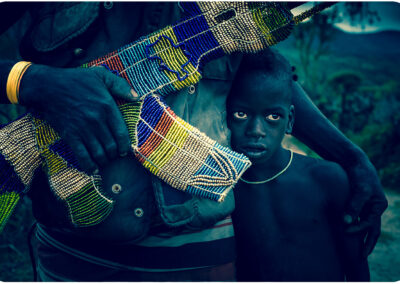 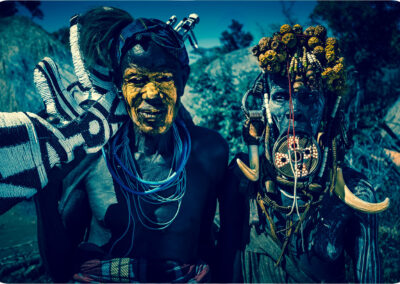 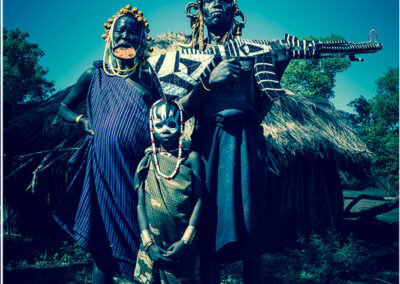 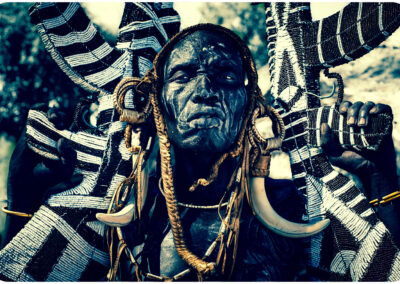 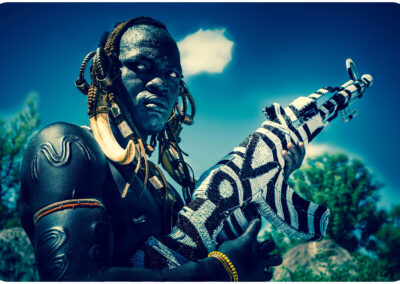 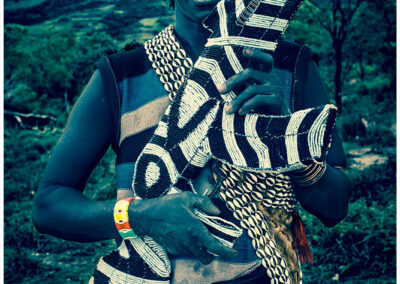 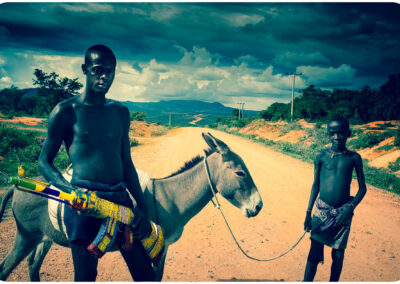 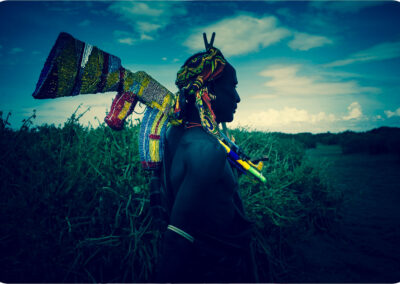 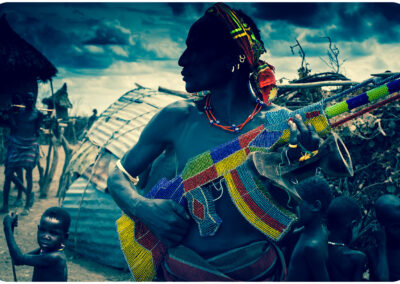 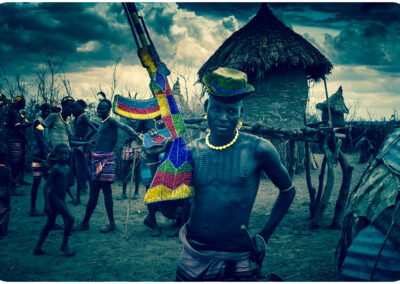 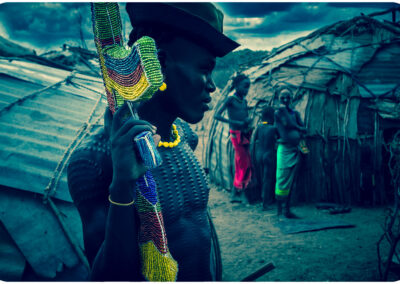 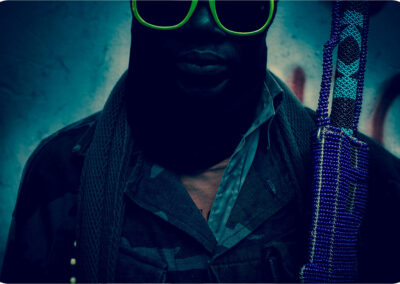 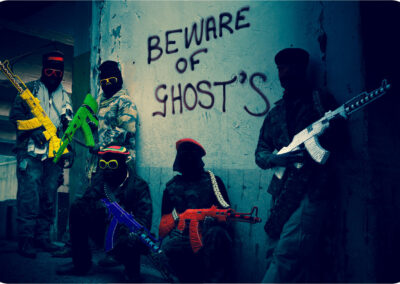 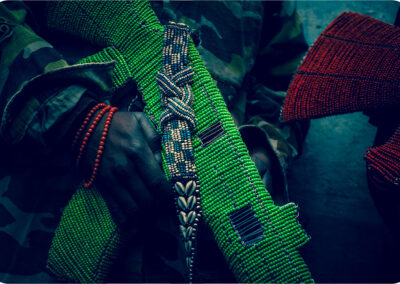 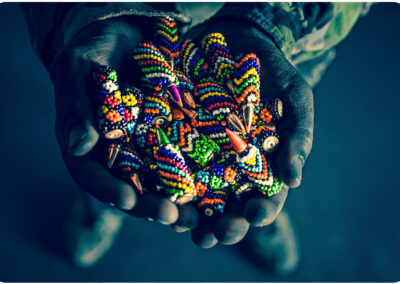 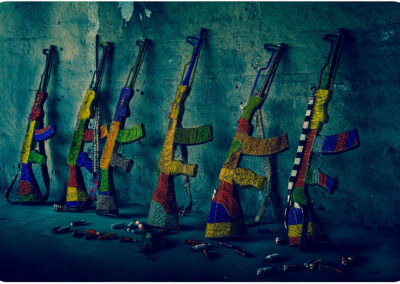 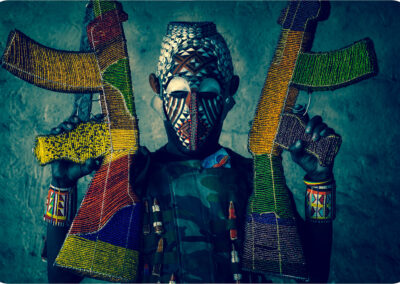 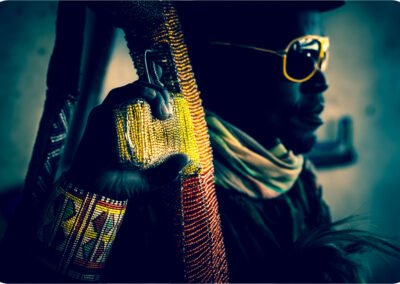 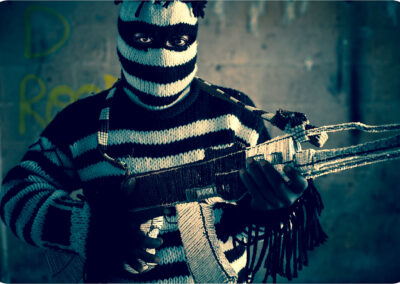 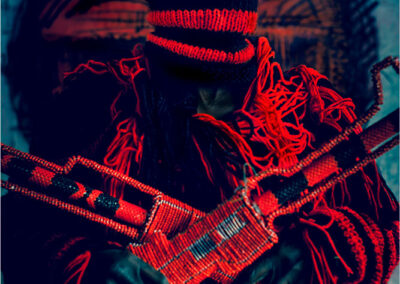 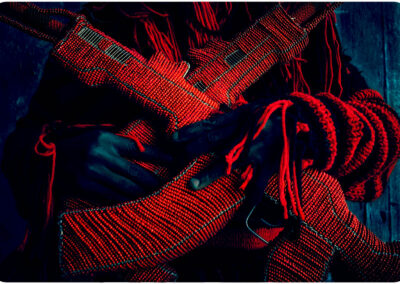 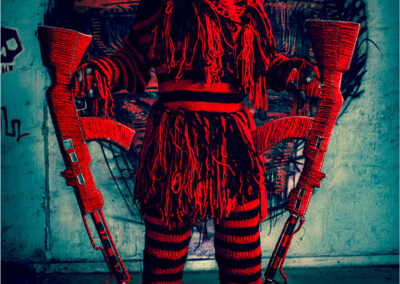 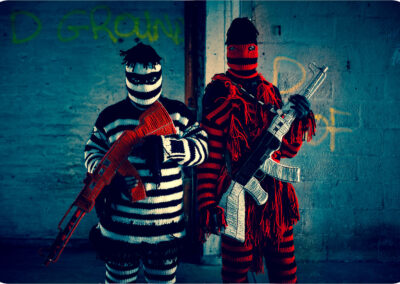 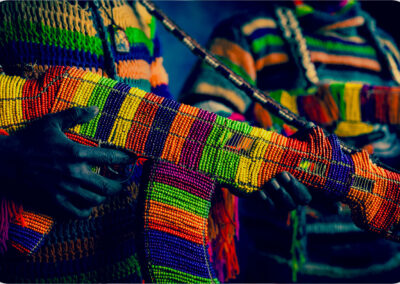 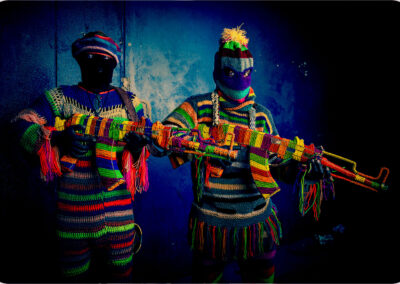 This body of work deals with the international arms trade and Africa, a trade that for the most part only goes in one direction — into Africa — and one that not only fuels, but also sustains conflict across the continent.

Arms that are paid for and imported into Africa are being used by individuals not just for defense but often by corrupt, autocratic governments to oppress their own people.

Countries like Russia and China see the arms trade to Africa as a way of expanding trade with the continent while simultaneously insuring debt that Africa pays with natural resources.

One country often supplies both sides in a conflict, perpetuating a cycle of war and impoverishment. The arms trade is a favored means of corruption, a way for corrupt leaders to pay for weapons with state cash and receive enormous kick backs from weapons dealers. What we see in the west is the cliché image of Africa — a battle zone, constant conflict, relentless war, faceless child soldiers, rebels, Joseph Kony. We hear the names of far-off countries — Rwanda, Sudan, Darfur, Angola, Congo, Liberia.

The AK 47 is incredibly iconic weapon that is loved, revered and fetishized in Africa. You can find them in the hands of criminal gangs in Johannesburg, government thugs in Zimbabwe, bloodthirsty M23 rebels in Congo, Somali pirates off the coast of East Africa and maniacs like Joseph Kony in Uganda. In a strange twist of fate a Ukrainian ship hijacked by Somali pirates was found to be carrying ten thousand AK47’s bound for Sudan.

From South African president Jacob Zuma singing “Lethu Mshiniwam” (“get me my machine gun”) to adoring supporters at political rallies, to Charles Taylor toting an AK 47 in war torn Monrovia, even Mozambique’s flag features a hammer and sickle style emblem with an AK47. Yes, the AK 47 is part of the country’s coat of arms and is stamped on its flags and passports.

This is the inspiration for the work “Ghosts” — to capture the unseen traffickers and the nameless, faceless people who are killed.

I had six Zimbabwean artists use traditional African beads and wire to manufacture several hundred replica beaded guns like AK-47s, and several replica beaded general purpose machine guns (GPMGs), along with ammunition. Upon completion, beaded guns were the subject of a photo-shoot in crime ridden downtown Johannesburg.

The subjects of the photo shoot were the artists who made the guns, several construction workers who happened to witness the shoot, and a member of the South African Police Services who just wanted his picture taken. What amazed me was that everyone knew how to ‘model’ a gun, how to dress, how to stand, what poses a rebel or soldier or general strikes.

We often see stereotypical images of Africans, soldiers, rebels, fighters, with guns but somehow this is different, it’s non-lethal, brightly colored, strangely beautiful and sad at the same time. It became sort of like a Vogue fashion shoot, but different. A subverted fashion show. Shocking, beautiful and sad.

In response to the guns sent into African culture and to subvert the destructive cycle of the international arms trade, the images represent a purely aesthetic, anti-lethal cultural response, a visual export out of Africa. Furthermore the beaded guns themselves, manufactured in Africa, will to be shipped to the USA and Europe.

This beaded arms project provided six months of full time work for half a dozen craftsmen who got a well deserved break from making wire animals for tourists.

THE GHOSTS PROJECT
THE CASSPIR PROJECT