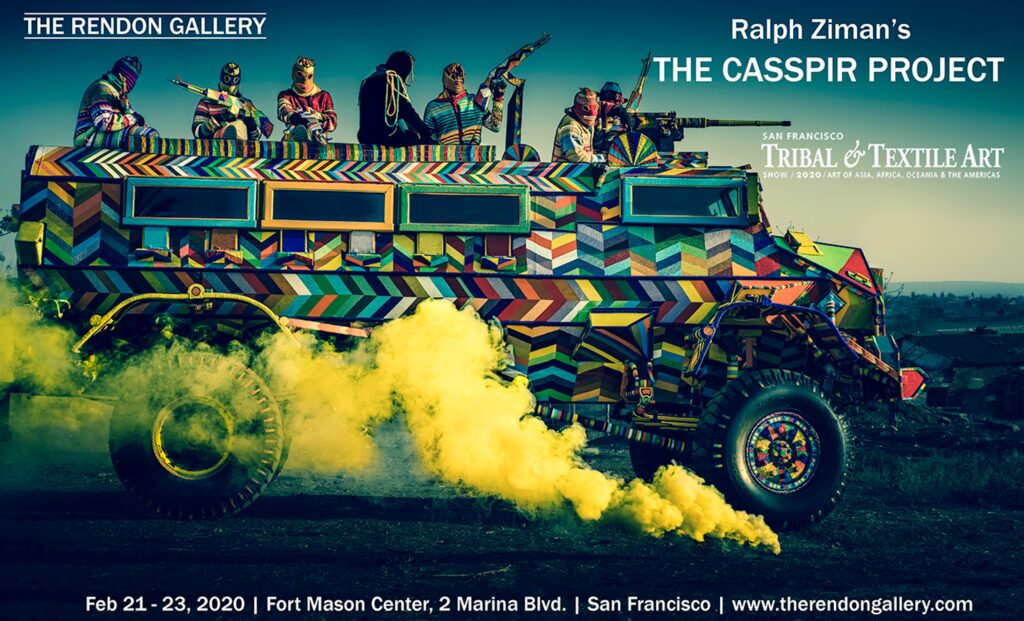 The 34th edition of The San Francisco Tribal & Textile Art Show will welcome artist Ralph Ziman’s traveling exhibition, The Casspir Project, and the presentation of SPOEK 1, an 11-ton decommissioned, apartheid-era Casspir vehicle that has been restored and reclaimed. SPOEK 1 was completed in collaboration with artisans from Zimbabwe and the Mpumalanga province of South Africa, who used 70 million brightly-colored glass beads to turn the symbol of tyranny into a spectacularly adorned sculpture that represents humanity and creativity.

This marks the first time The Casspir Project will be presented in Northern California. Ziman is known for his work that interrogates human rights issues such as apartheid, the overmilitarization of police, and state violence. SPOEK 1 is the central part of Ziman’s The Casspir Project series, which also comprises installation, photography and film. The work will be located at the entry inside the fair where it can be viewed February 21-23, 2020 during fair hours.

SPOEK 1 will be showcased alongside significant textile and indigenous works from artisans in Africa, Asia, Indonesia, Oceania and North America. For the first time, audiences will be treated to both the 34th edition of The San Francisco Tribal & Textile Art Show and The 36th American Indian Art Show, all under the same roof.