In this body of work, Ziman seeks to confront the egregious killing of endangered animals for trophy and sport in South Africa. ‘Canned hunts’ – often hosted on South African reserves – involve visitors paying large sums of money to kill some of the world’s most rare and precious animals. A culture of killing exists amongst the locals as well, with numerous species being used for medicine, which is bought and sold at South African Voodoo marketplaces. Having witnessed many of these practices, Ziman’s work actively speaks out against the global value of profit over protection of endangered animals.

While certain cases of Americans flaunting the killing of lions, rhinos and giraffes have outraged social media communities and churned out news stories, the message is short-lived. In an effort to further the awareness of the plight of these animals, Ziman has created a haunting series of photographs depicting the skeletons of South African animals set against darkened skies and stark landscapes. The skeletons—resin casts of eland, wildebeest, chimpanzee —are placed by Ziman in what would be their native South African habitat, mere remnants of living beings, their bones ceremoniously adorned in a death mask made of colorful beads. The artist’s labor intensive process required the help of five men and over 80 pounds of beads to complete.

These cinematic photographs and sculptures are at once a haunting and beautiful juxtaposition of bones and beadwork. Ziman’s bold and powerful imagery for Bones aims to challenge the status of trophy hunting in South Africa and bring awareness to a trade that profits from the unabashed killing of endangered animals. 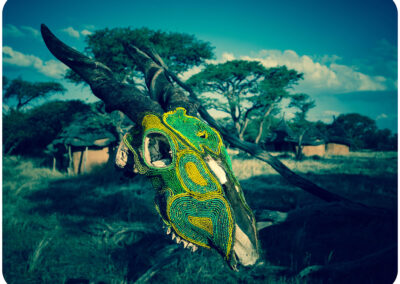 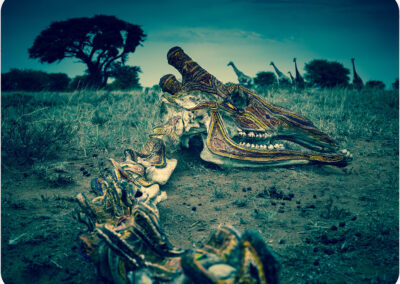 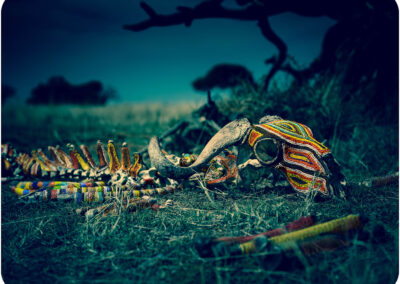 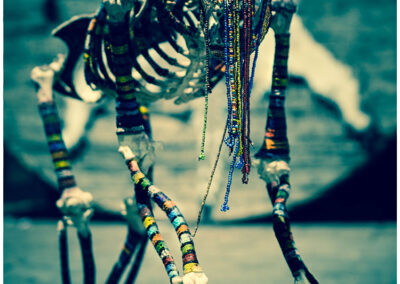 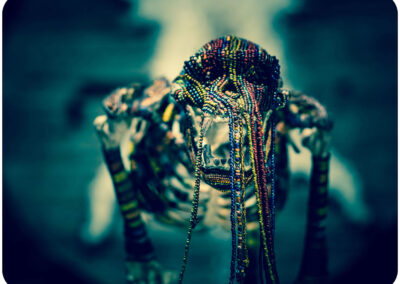 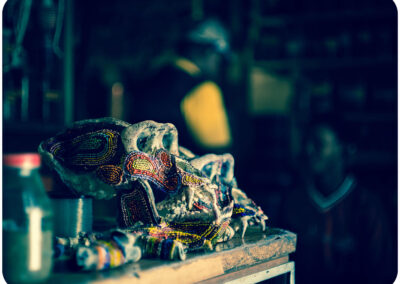 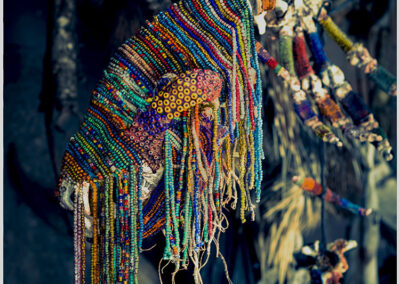 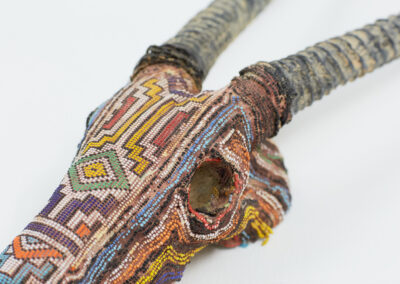 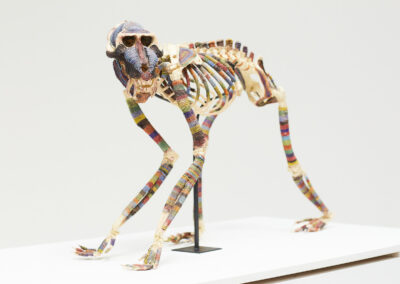 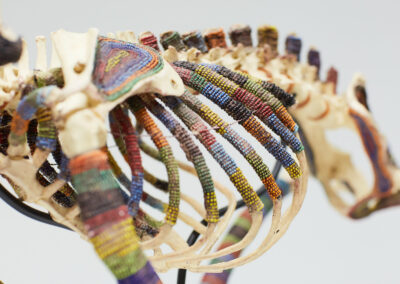 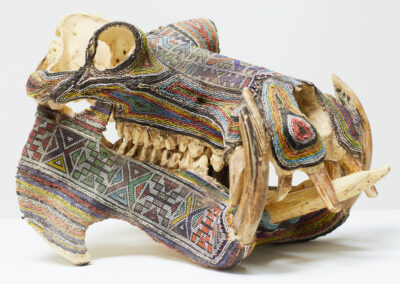 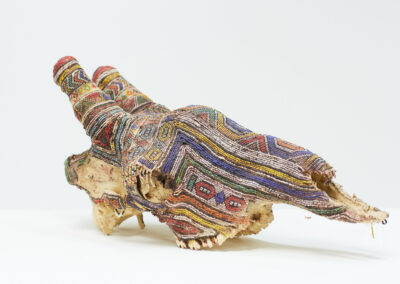 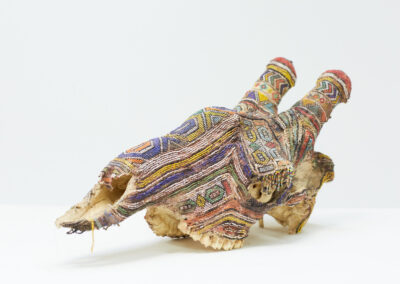 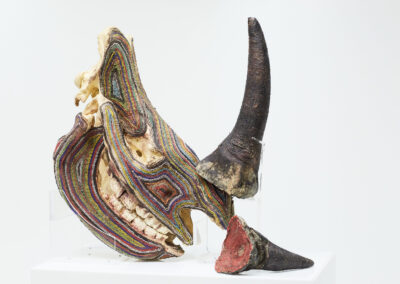 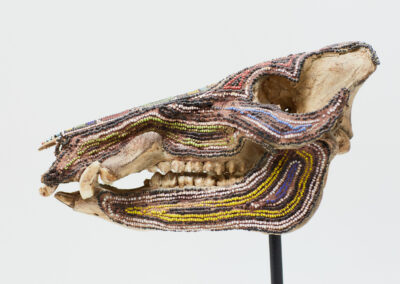 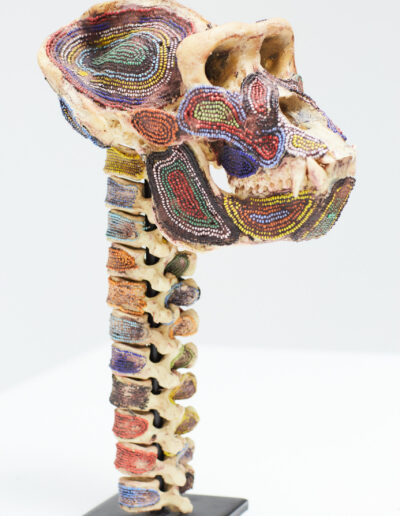 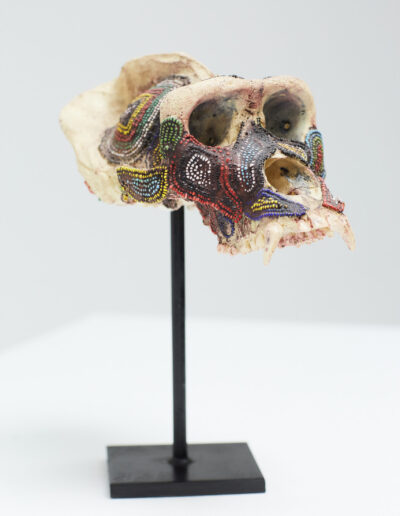 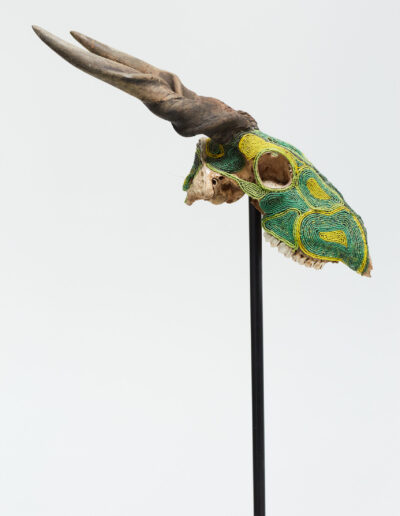 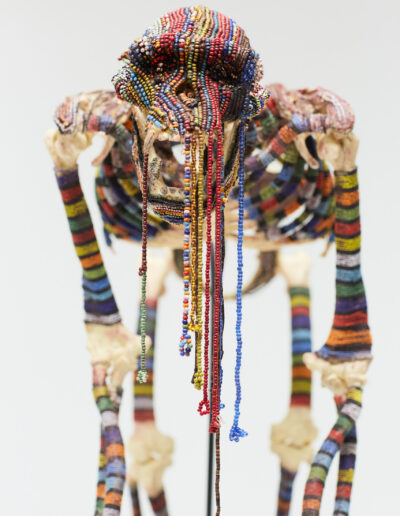 THE GHOSTS PROJECT
THE CASSPIR PROJECT